Erasmus Games is a nationwide ESN project that allows international students from all over Poland to participate in a sports competition which is inspired by the Olympic Games.

The project is divided into 3 levels: local, national and international. During each stage participants compete in 3 different categories: futsal, basketball and volleyball. Each section has an opportunity to present at least one team consisting of 11 participants, of which 2 must be girls. The local level is held in each city - the winning teams from each city meet at the national level which is organised by one of the sections in one of the Polish cities. The games last 2 days. At the end of day 2 (after summing up all the points), the official winner of the national level is announced. This team will then represent ESN Poland during International Erasmus Games which are held in one of the European cities.

The origins of this project can be found in many local sport initiatives. The first big edition as an intercollegiate sports competition took place in 2009 in Warsaw under the name ESNOLYMPICS. It was a part of the celebrations of 20 years of Erasmus Student Network. The last editions' finals took place April 13-15, 2018 in Warsaw. 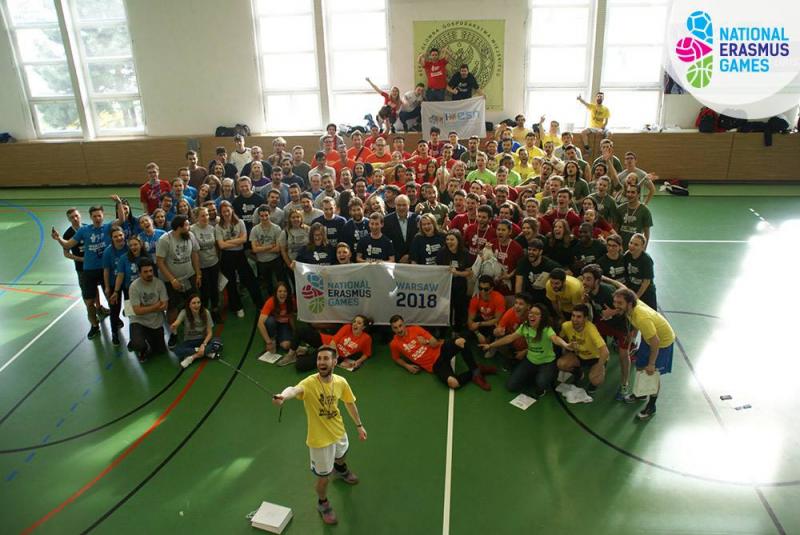